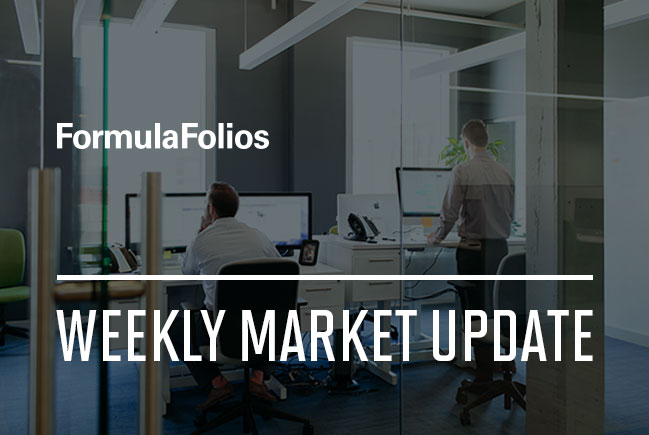 Donald Trump will be the 45th President of the United States as Hillary Clinton conceded the election early Wednesday morning. This was a largely unexpected outcome as most pre-election surveys indicated a slight advantage for Clinton in the months leading up to the election. Wall Street projected a Clinton victory as well because her policies were considered more stable and she represented the status quo. Broad US equity indices gained 2.5%+ with the expectations of a Clinton presidency priced in, but as results poured in throughout the evening the markets quickly shifted.

US stock index futures began to plummet late Tuesday night as it became more and more apparent that Trump was nearing the 270 electoral votes needed for a victory. With the election still up in the air, Dow Jones Industrial Average (DJIA) futures were trading down over 900 points (5% down from the previous close). Losses were pared, however, after Trump gave an establishment-style victory speech early Wednesday morning, helping relieve some anxiety in the markets. DJIA futures are currently down only 250 points (less than 1.5% down from the previous close) heading into the opening of trading today.

Stocks turned positive on Wednesday in a big way. In the final hour of trading, the Dow Jones Industrial Average crossed its previous record high on a closing basis of 18,613.52. This is why we should not make knee-jerk decisions based on emotions and short-term information, but rather stay focused on our long-term investment objectives.

Many investors are already comparing this to the UK’s historic Brexit decision. The markets underestimated the probability of an outcome that appeared unlikely, and experienced an initial panic immediately following the result. Immediately following the Brexit decision, US equity markets fell between 4.5% to 7%. After the initial shock wore off and investors had time to digest the outcome, markets rebounded sharply and proceeded as usual.

Historically, US equity indices swing an average of 1.5% the day following the election results. A 250 point DJIA drop as projected by current futures would fall within this normal trading range. In the 22 elections since 1928, the S&P 500 has fallen 15 times the day following the election for an average loss of 1.8%. It is also important to realize that the movement of the market in the first trading day following an election predicts the market’s direction over the next 12 months less than 50% of the time.

Though markets are set to open lower today and are expected to experience a volatile period in the coming weeks, we believe our strategies are well-positioned for success in both the short-term and long-term:

This is a perfect example of why it is so important to keep a disciplined investment strategy over a long period of time. Various markets and various investment strategies will have numerous periods of ups and downs over any given time period. The markets are unpredictable and at times unstable.

*Investing involves risk including the potential loss of principal. No investment strategy can guarantee a profit or protect against loss in periods of declining values. Opinions expressed are subject to change without notice and are not intended as investment advice or to predict future performance. Past performance does not guarantee future results. Consult your financial professional before making any investment decision.

$50 burgers (should we worry about inflation?)